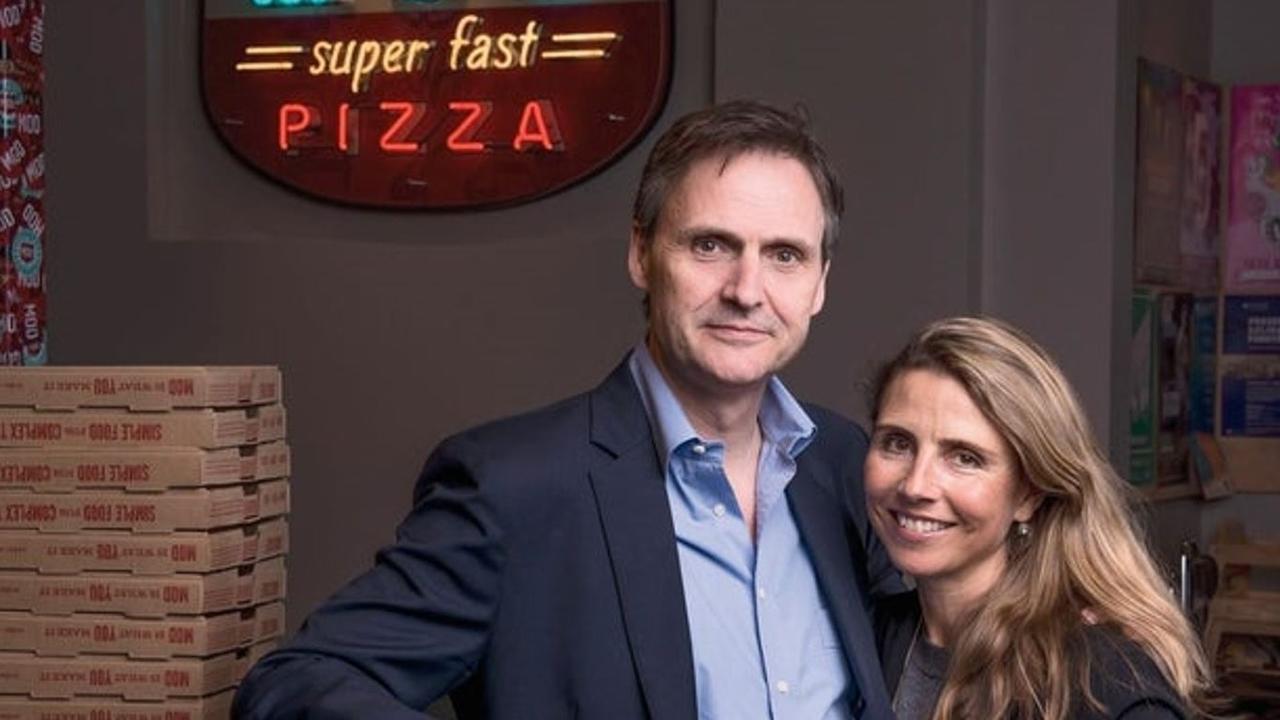 Eight years ago, Ally and Scott Svenson started hiring felons to staff MOD Pizza. That turned out to be one of the best business decisions they ever made.

This story appears in the September 2018 issue of Entrepreneur.

There was a moment in 2011 when Tony D’Aloia considered his freedom to be a curse. In prison, where he’d just spent the better part of a decade, he could survive a full year on the $100 his mom sent him twice a year, on his birthday and on Christmas. But now that he was outside and back home in Washington state, he needed money to survive -- lots of it. He’d heard of job openings with warehouses and construction companies, but nobody seemed eager to bring on a convicted felon.

Then he finally found someone willing to interview him. A young Bellevue pizza joint called MOD was hiring a dishwasher. D’Aloia knew zilch about MOD and wasn’t excited about the work. But it came with benefits and a 401(k), which was nice, if unusual. So he went in for the interview.

And anyway, he wasn’t in a position to turn down work. By the time he was in his early 20s, D’Aloia had been arrested 38 times. Every time he was released, he’d go right back to jail. “I couldn’t last a week on the street,” he says. He’d get drunk and start a fight, or trespass after-hours in the park. But his big bust, the one that sent him away for more than five years, was on a conspiracy to distribute ecstasy. He needed two grand to pay off a DUI fine, so he agreed to drive 25,000 pills from the Canadian border down into Washington. The job was a sting, and D’Aloia landed in long-term lockup.

For some reason, MOD overlooked his history. The company met with his parole officer, and once he was cleared to work, D’Aloia was left to scrub dishes while water seeped in through a hole in one of his $20 Payless shoes. MOD gave him a free pizza every day, which he traded on the street for bus tokens to get to and from work. If this was life outside, D’Aloia wasn’t sure he was interested.

At the time, MOD still wasn’t sure it was interested in him, either. But in 2011 the company was following a few early data points, having discovered that ex-cons could make great employees. That would keep proving itself out. MOD would eventually embrace what it calls impact hiring -- people with backgrounds of incarceration, homelessness, drug addiction or mental disability -- and credits the decision in large part with its rapid growth.

In the years after D’Aloia’s hire, MOD went from five stores in Washington to 380 spread over 28 states and the United Kingdom. It has nine franchise partners, and in 2016, the research firm Technomic named it the fastest-­growing restaurant chain in the U.S. Last year, MOD hit $275 million in sales, 81 percent growth over the year prior.

MOD’s hiring practices would come to alter everything about the company. “We have no interest in just building another fast-casual pizza business,” says Ally Svenson, who co-founded the company in 2008 with her husband, Scott. “We’re building a business platform to make positive social impacts.”

Often, those hires prosper. From MOD’s perspective, D’Aloia is no charity case. The guy is a slam-dunk hire who immediately appreciated his entry-level job far more than you’d expect from a strong-willed 32-year-old. In his first two years, he was promoted three times. Turns out, the ex-con was full of ambition.

That ambitious spark really began after he started at MOD, the day he got his first check. It was nearly $800 -- almost four times what he’d lived on for a year in prison. He told his boss as much, who replied, “You earned that money.”

D’Aloia took the cash straight to a shoe store. It was pouring outside, and he could feel water swishing up between his toes. He marched into the store, bought new shoes, and dumped his old ones in the trash. “Life was better right then,” he says.

“I could finally provide for myself.”

Sophia Arellano, the franchise’s recruiter, knows firsthand how important that “You’re hired!” can be. At age 32, she was arrested and convicted of a nonviolent crime, and for her first six months at MOD, she had a tracking device on her ankle. What started as a transitional gig turned into a passion-driven career when she realized how many people like her were on staff. “They’re not just employing people,” she says of her bosses. “They’re giving them a way to feed their families, a way to not go out and reoffend.”

Tony D’Aloia, now 39, is a district manager who oversees six MOD locations in Washington. In his seven years with the company, he has flown to the United Kingdom to train managers and spoken at Harvard. “I’ve had all these opportunities I wouldn’t have had if MOD didn’t believe in me,” he says. “Being able to do that for other people is really important. The best part of the job is helping people through the same situation I was in.”

Ron Cool, the director of operations at Garbanzo Mediterranean Fresh, a Colorado-based franchise that, like MOD, works to hire formerly incarcerated individuals because: “It’s just good business to look wherever you can to find the best people for your organization. These people come in with a genuine desire to better themselves. All they want is a chance.”

Stay connected with news and updates!

Join our mailing list to receive the latest news and updates from our team.
Don't worry, your information will not be shared.

Why Our Bridge Model Starts With Baker Industries Graduates Oct 27, 2019
Why MOD Pizza Loves Hiring Ex-Cons Sep 19, 2019
Where A Safety-Green Mesh Construction Vest Is Now A Badge of Honor For Ex-Gangbangers. Aug 20, 2019
Close

You're not the only one creating a company that adds value to your community! Sign up below to receive our regular updates from the field.