More Americans Are Back At Work Making Stuff 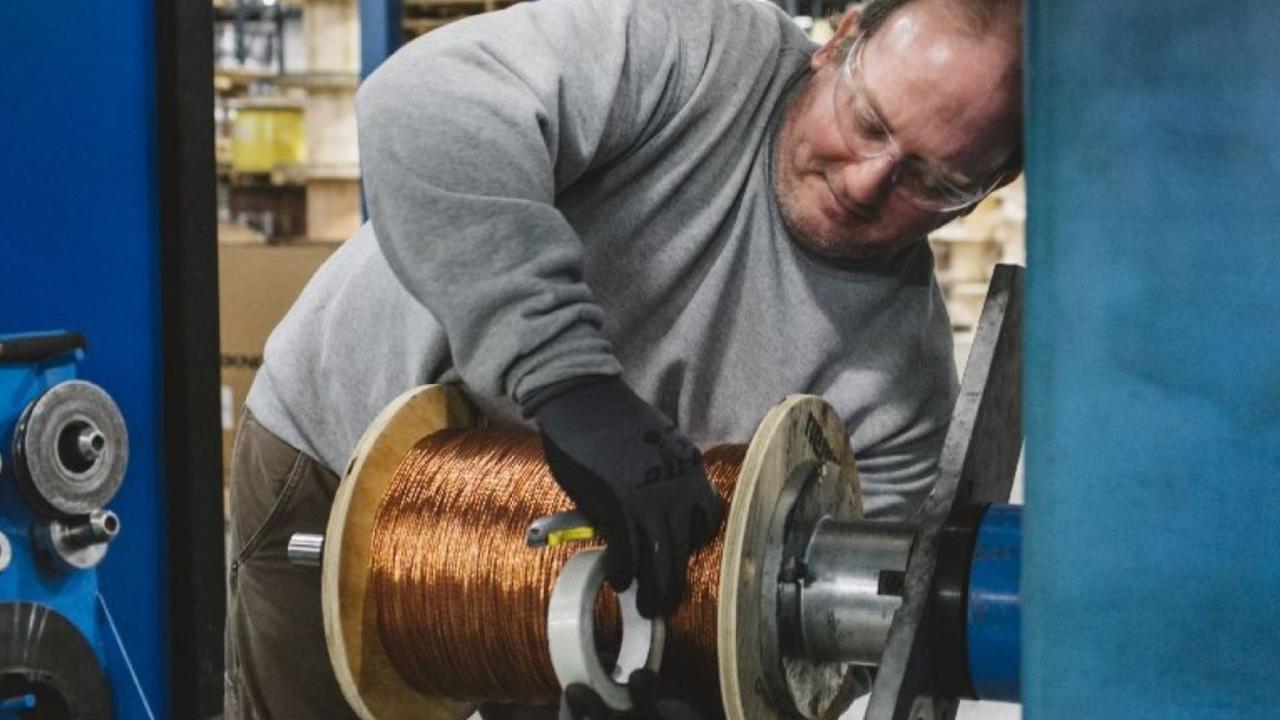 Chip Cutter
March 1, 2019
After years of job losses, U.S. manufacturing employment has risen for 18 straight months among those holding production or nonsupervisory jobs, the longest stretch of gains since the mid-1990s. Employers have added 274,000 non-managerial manufacturing jobs since July 2017, Labor Department figures show. 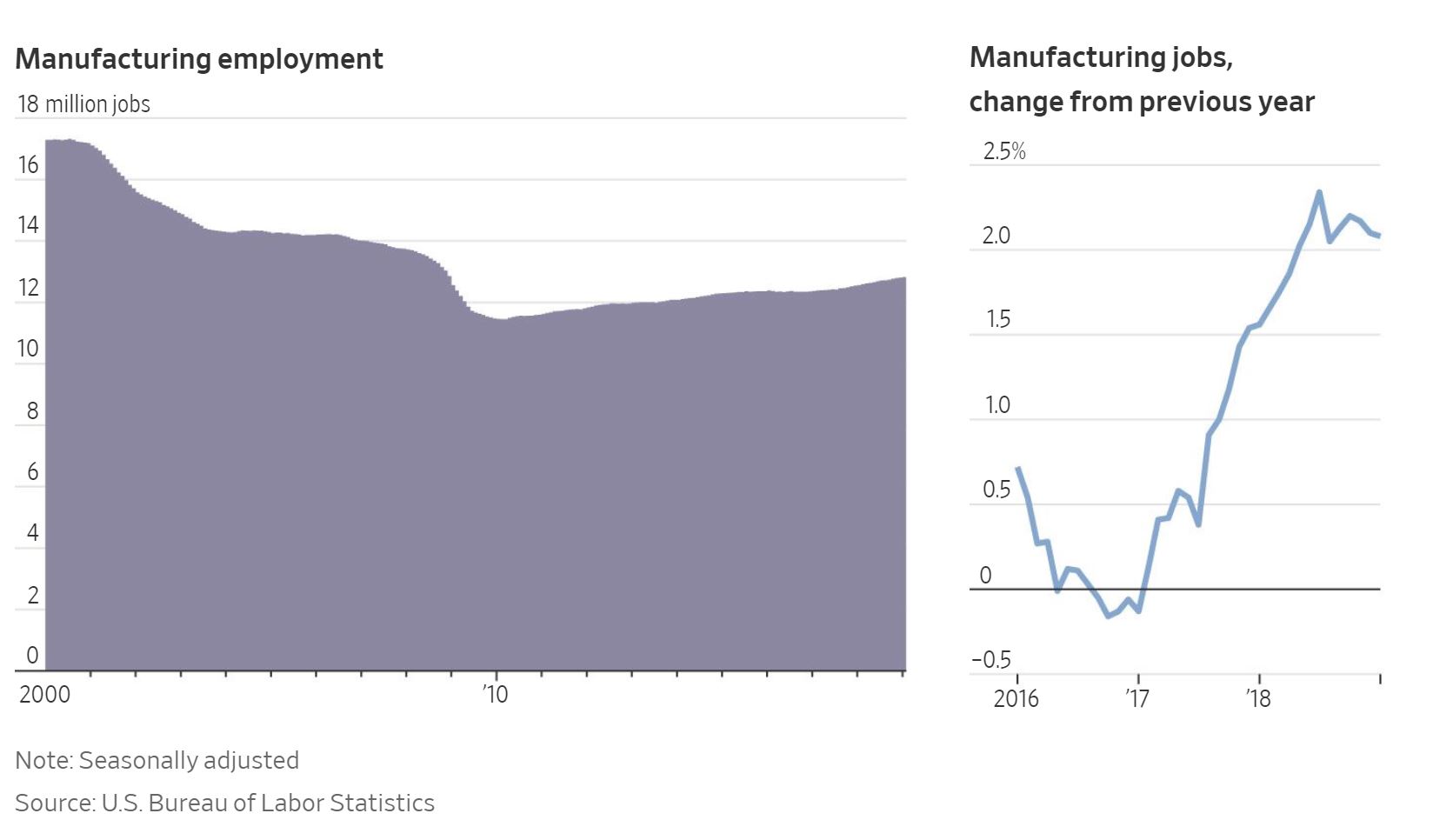 While few economists predict a return to an age when manufacturing accounted for the top job in dozens of states, many say the industry has stabilized. Much of the recent job growth has come from companies producing long-lasting goods, such as transportation equipment and machinery, a point of pride for those who recall America’s manufacturing roots.

“Manufacturing is critical for the nation,” says Dave Petratis, chief executive of security products maker Allegion PLC, which employs 2,500 at production and assembly facilities across the U.S. that make locks, electronic card readers and doors, among other items. “The largest economy in the world has got to have the factories and production.”

A variety of factors, including globalization and the rise of advanced production methods, such as automation, have driven the decline in U.S. manufacturing jobs. Still, during the last economic expansion, from 2001 to 2007, the U.S. shed more than 2 million manufacturing jobs, even as overall jobs rose. Now, manufacturing jobs are again rising.

Much of the work in the industry has also changed. Today, at many factories, staffers help to program and oversee robotics, or repair machinery, instead of manually performing the same task over and over again, says Michigan State University economist Charles Ballard.

“We still make a lot of stuff,” Mr. Ballard says. “It just doesn’t take as many people to make that stuff.” 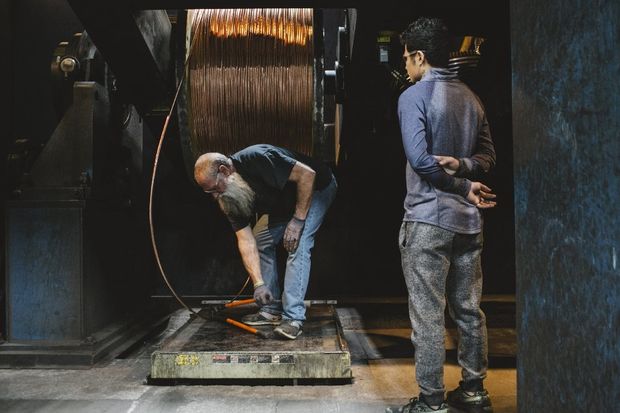 Republic Wire is looking to hire 15 more people to help it fulfill orders. Here, workers tend to a spool of wire at the company’s factory in West Chester, Ohio, on a recent day. PHOTO: ANDREW SPEAR FOR THE WALL STREET JOURNAL

Recent job gains have boosted the fortunes of new workers like 25-year-old Marcus Dees, who was hired full time in October 2017 by Midwest Precision Inc., an 80-person sheet-metal and plate-fabrication company in Tulsa, Okla. He previously worked delivering drywall to construction sites.

“It changed my life,” he says. “I was in a pretty tough spot, and it turned things around.”

Surging demand for its products has sent Republic Wire Inc. on a hiring spree in West Chester, Ohio. The producer of copper and aluminum wiring has boosted its team by 50% over five years to 140 people. The company has automated work where it can. Machines now box and label wire, and add the packages to shipping pallets—work that previously required up to nine staffers—freeing employees for higher-value tasks.

Republic Wire operates 24 hours a day during the week to fulfill orders, and is looking for an additional 15 hires, said Chief Executive Ron Rosenbeck, adding that the company has increased wages 4% annually each of the past five years to retain workers, above the national rate of wage gains.

‘Manufacturing is critical for the nation. The largest economy in the world has got to have the factories and production.’

The company has tried to fill roles by reaching out to local technical colleges and posting “now hiring” signs outside its facility. But the region lacks available skilled workers, Mr. Rosenbeck says, so the company has also turned to staffing agencies, hiring temporary workers for entry-level positions. The company will spend up to six months to train those temporary workers into full-time, skilled roles, such as machine operators. “Even though it’s taken us longer,” Mr. Rosenbeck says, “we’re finding that’s been the way to go to build up these people into skilled positions.”

Dave Younge, an owner of Progressive Stamping & Fabrication LLC in Oklahoma City, which produces everything from seat-belt components to compressor parts, said manufacturing jobs will continue to require higher skills, such as familiarity with automation, computer technology and training in mathematics. He says more people should consider the industry, because many manufacturers often pay for employee training programs.

“Building things is fun,” Mr. Younge says. “My favorite group to pick on are political science majors. How many of those in our economy do we need?”

Stay connected with news and updates!

Join our mailing list to receive the latest news and updates from our team.
Don't worry, your information will not be shared.

Why Our Bridge Model Starts With Baker Industries Graduates Oct 27, 2019
Why MOD Pizza Loves Hiring Ex-Cons Sep 19, 2019
Where A Safety-Green Mesh Construction Vest Is Now A Badge of Honor For Ex-Gangbangers. Aug 20, 2019
Close

You're not the only one creating a company that adds value to your community! Sign up below to receive our regular updates from the field.